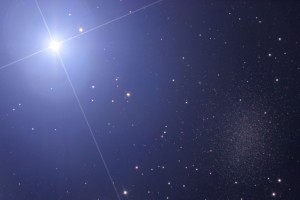 Dastardly Dan Dullard (Dan to his friends) sat at the end of a long wooden bar, the many gouges and burn marks that scarred its surface paid tribute to age of the bar, and its patrons. His worn and beyond-dirty black leather and denim outfit was a tight fit (Dan liked animal style fries with his double cheese burger). He wore a 357 magnum low on his right thigh; the leather holster shined from fresh oil. Although it was barley noon, Dan was finishing his third root beer float, made with real ice cream, fully leaded root beer, (Nothing lite for Dan) and topped with two maraschino cherries. Today, he would need all the courage he could buy. Today, Santa Claus was coming to town.

The doors to the saloon swung wide as Santa stepped inside (Given the size of his waist, the doors had to swing wide, or else Santa would have entered via the loading dock out back). Dan tipped his black hat in a manly way, as to say, “I’ve been waiting.” Santa threw back the white fluffy ball on the end of his red furry hat in a defiant tone, as if replying, “I didn’t have quarters for the meter.” The tension in the room was nonexistent. Kaizer, the bar dog went back to sleep.

“Well Claus, it is about time that you showed up. I’m fixen to teach you a lesson you’ll never forget, and even if you did forget, I’d send a text just to remind you.”

“Dan, we don’t have to do this. It’s not too late to change your mind; it’s never too late.” Santa had to try, even though he suspected that Dan wouldn’t back down.

“Get ready to slap leather Claus – you’re going down.”

For a fat guy, Santa is remarkably slow. Luckily for him, Dan Dullard is slow and clumsy. Dan reached for his gun first, but hit his hand on a chair, letting out a scream as he jumped in a circle holding his sore thumb. When his composure was secure, he looked to see Santa with his gun drawn, standing firm and proud; 350 pounds of manhood adorned in fluffy red and shiny black vinyl.

“Dang, you got me again Santa. Go ahead and shoot.” Santa pulled the trigger. A small rod exited the barrel with a red and white flag attached. It read, “You have been bested by an old and gravity challenged guy, whose best friend is an elf. Still feel tough?”

Moments later Santa was in his sled; his trusty head Elf sat in the next seat holding a clipboard. “Well?”

“Dastardly Dan Dullard is still on the naughty list. Too bad. One more stop before we head for the North Pole.” The tiny reindeer and sleigh gently lifted into the sky. They stopped at a small church on the outskirts of Bethlehem. Santa knelt before a wooden cross.

“Lord, thank you for Your many blessings. Help the celebration of your birth this year be the best ever. I can only give toys, or an occasional lump of coal. You give acceptance, forgiveness, and life. Yours is the better gift.”

Merry Christmas from the Obermire’s.  We wish for you and your family the best Christmas ever!