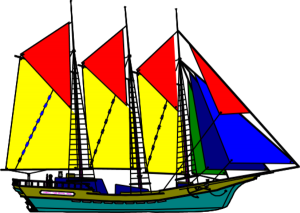 Nate was a bully, and a braggart; he pushed his way into every conversation or meeting in the village and then always set out to prove his opinion was the only right one – which it rarely was. His height alone was intimidating at 6 feet, 6 inches tall, but add in broad shoulders and narrow waist; Nate was a man that you wanted to avoid being at odds with, but just couldn’t. He wouldn’t let you.

One day God spoke to Nate while he was saying his morning prayers. God asked him to do something that would be very important to his village and all the people in it.  God said, “Nate, I have chosen you to be my instrument of change, to do something of great importance.”  Nate was astonished; not really, he always thought God needed to consult him on big items.

“Yes God,” bowing his head in respect, “How can I, a mere man (he was flexing his biceps while he spoke) help God?”  He could hear God, but not see him, which was good, because if God were ever to roll his eyes this would have been the time.

“I command you to build a ship that will be used…” God was cut off from talking.

“A ship. You have come to the right man God; I am the most renowned shipbuilder in these parts.   I will build you the best sailing vessel every built,” Nate blurted out as he stood up and began pacing the room.

“A three master, that’s what I will build,” said Nate, but then God stopped Nate.

“Listen for a moment, Nate, I have very specific instructions for this ship,” but by then God was talking to an empty room; Nate had left the building.

Outside Nate walked with his head down, mumbling to himself. Stopping, he looked up as a broad smile spread across his face; talking to no one in particular he shouted, “I am going to build the greatest ship ever imagined, so great that no one will ever forget my name.  Don’t worry about a thing God; I’ve got this job covered.” He grabbed his axe and ran to the village in search of workers and supplies.  Nate’s legacy had just started.

On the way to the village, Nate passed by a neighbor who inquired, “Why are you running so fast Nate. Is anything wrong?”

“Don’t worry about me Noah, I have everything in control,” said Nate to his kind neighbor. Noah went back inside his small home with his family and continued to pray.  Only moments before Nate ran by, Noah had felt deep stirrings from within and above, and he needed quiet time with God and his family to find out what they meant.

Three weeks later, Nate had made plans to build a massive schooner, with four masts, crew quarters for 60, guest quarters for 24, and a large cargo hold. He even designed extra-large doorways leading from the top deck to the bottom quarters so everyone would be comfortable when going downstairs.  Nate wasn’t sure yet where the ship would be going, but he wanted his friends and family to be comfortable on the trip.  He was sure God would be very happy.

Meanwhile, Noah had been listening to God’s voice and writing long messages complete with drawings and calculations. He had filled twenty three scrolls with writings he had memorized while in prayer time with God.  He too had a plan, but was too humble to think he could please God.

Eighteen months later, Nate sat in his ship, now complete and anchored to a new dock on the lake adjacent the village. The lake emptied into the ocean, many miles away where Nate had never voyaged, but thought that must be the final destination.  God hadn’t spoken to Nate since the first conversation, but Nate had been busy and hadn’t had much time for morning prayers.  He had a job to do and now it was done, so he waited for something to happen.  He had heard that Noah was building something in the meadow three miles outside of town.  It was even rumored to be a boat of some kind, but without sails. Nate wondered, sitting alone on his ship, who would be so foolish as to build a boat without sails in the middle of a dry meadow?

Six months later, just as Noah was sealing the closed gangway, the rains started. Not just any rain, the sky opened so much that walking in the downpour was nearly impossible.  Forty days later, the rain stopped.  Nate’s boat didn’t last long with its extra-large doorway design; he yelled up to God, but for all the noise of the rain, couldn’t hear God’s answer.

Nate thought he knew better than God. His pride was his destruction.

“Proud,” “Haughty,” “Scoffer,” are his names, who acts with insolent pride.

Nate wasn’t a good listener, even when God spoke. As all of our Mom’s told us when we were little, “You have two ears and one mouth for a reason.”

While he was still speaking, a bright cloud overshadowed them, and behold, a voice out of the cloud said, “This is My beloved Son, with whom I am well-pleased; listen to Him!”

God honored the humility of Noah, as he does with all who have the wisdom to know humility intimately.

Good and upright is the Lord; therefore He instructs sinners in the way. He leads the humble in justice, and He teaches the humble His way.  All the paths of the Lord are lovingkindness and truth to those who keep His covenant and His testimonies.

Nate isn’t a bad person, he is just so wrapped up in himself he doesn’t have the time or inclination to place others ahead of himself, even God.  In this story he is a premier ship builder, a position gained through much hard work and sacrifice; probably similar to a doctor, lawyer or architect in our time.  But even the best of our time must know that too much self-pride is harmful.  We never want to miss a chance to hear God speak.

2 thoughts on “Listening to Instructions”