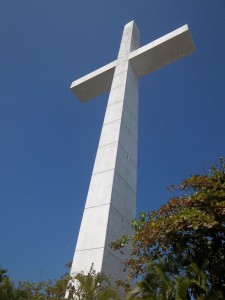 That night in Europe demonstrated with extreme bias the dichotomy that exists in our world; where good and evil, or right and wrong, exchange positions in an unlikely way, creating either grief or joy, depending which side is supplanted. Goodness found its way into a very bad place by the actions of a few great men and women; actions we often see as a requirement of the job.

We have set inalienable expectations upon certain individuals, or positions where high moral standards, uncompromising ethical behavior and love are to be the normal course.  Leaders in business, members of the church, educators, first responders, elected officials, health care professionals, and those who care for children and the elderly have, by their choice of profession accepted the responsibility to live to higher standards than what is expected of others. It may not seem fair, but it is  society’s right to expect more good from those who are in position to do more good.  And then the dichotomy of real life enters and all of us are let down.

It is not the majority who unwillingly fail the test of moral and ethical high ground; no it is the small minority who willingly attack the fiber of humanity leaving pain and fear in their path.  Most of us have high standards, teach them to our children and strive to always do right by others.  Most of us try hard to be the best person we know how, and succeed.  It is those in high position who purposely fail that causes the most confusion in us; the thoughts that the moral fabric of our country and world are disintegrating before our collective eyes.  It is the few causing the disruption, not the many.

I want to respect those who lead, and trust that their goals are mine, their desires are for the good of all, not just the few. But, I’ve been let down enough to know, like me, they are only frail humans; subject to delivering disappointment when least needed. So above all the civic, business and spiritual leaders our world has to offer, I put someone else in the highest position.  My leader is God; he never disappoints, never hurts me, and always has my best interest at the forefront of his actions.  His decisions are perfect and follow through 100%.

Like the soldiers singing in the cold field, lets seize any moment possible to lead for the good of everyone; remembering that God is the true leader of us all.

Then Jesus came from Galilee to the Jordan to be baptized by John. But John tried to deter him, saying, “I need to be baptized by you, and do you come to me?” Jesus replied, “Let it be so now; it is proper for us to do this to fulfill all righteousness.” Then John consented.”