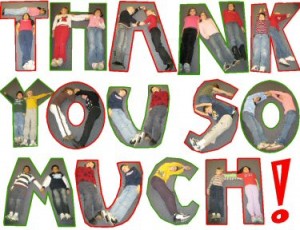 The title of this story was the classic response from Jesus, when after healing the ten lepers, only one came back to say, thank you.  “Weren’t there ten of you?” He asked.  Of course He knew how many there were; he had just healed them.  He wanted the one person who returned with a grateful heart, and us, to know that He was questioning the whereabouts of the other nine.  In effect, Jesus was asking, “Were the others happy to be healed of this terrible disease as well?  Why didn’t they come back and say so?”  Undoubtedly, the other nine men were very happy and excited to be healed; most likely, that was the problem.  They were so excited that they forgot who to thank for their gift.  They ran off to their homes and villages to show off the miracle, to stand before the crowds and reveal how fortunate their circumstances had changed.  The gift became the focus of all, the center of attention; and the giver, the most important person in this moment, was cast in a supporting role.  The nine were confused and mistaken. It was not the gift that was important, but the giver of the gift who was the real story.  In their haste, (and happiness) they forgot about gratitude.

It can easily happen to any of us (not getting Leprosy); forgetting to say we are grateful.  Not just feel gratitude, but to actually say we are thankful to the person(s) who was the cause of our thankfulness.  When something good comes our way as a result of a good deed, we almost always feel gratitude, but often we don’t act on the feeling, and tell the person, “Thank You!”  Last week I wrote on putting yourself in a position to say, “You are welcome,” by doing something good for another person.  But, to have a reply of, you’re welcome first requires a thank you.  Jesus never had the opportunity to say, “You are welcome,” to nine of the lepers, because they never said thanks.

We don’t have to wait for big occurrences, (like a healing from Leprosy) to tell someone, thanks.  We can start with the small things, the everyday happenings that make our lives just the least possible better, today.

Don’t be one of the nine who were glad, but said nothing; be the one who was glad, and said so out loud.