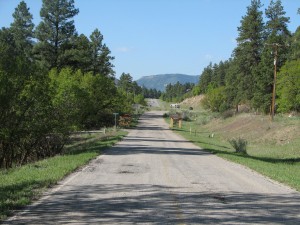 When Seth Mooney was born a healthy beautiful boy his parents thanked the doctors and nurses who performed the delivery, the attendant who pushed Mom’s wheelchair to the waiting car, and almost every neighbor who stopped by the next week to give their congratulations.  They thanked the Pharmacist, their grocer, the nice lady at Target who sold them diapers, wipes, lotion and a dozen other necessities for young Seth.  They even thanked the mailman who delivered the letter and packages from family and friends across the country.  But they didn’t thank God for the most amazing miracle ever to happen to their young family. The Mooney’s are not unbelievers; they’ve been to church.  No the Mooney’s are part of the growing minority of people who thank their friends for a miracle from God.

When Seth was 16 he passed his driver’s license test with a perfect score.  The same year he managed a 4.0 grade point average as a sophomore in high school, and made the varsity football team.  The Mooney’s thanked the driving instructor who taught Seth to drive, all of his teachers, the Principle, assistant Principle, and the entire coaching staff at the high school.  They were too busy to thank God for helping their son be so successful.

Seth graduated high school at age 18 with a 3.95 GPA.  He won five different scholarships to the local university; one a 75% tuition payment for making the football team.  He had worked hard in school and deserved recognition and reward.  At his graduation party held in a rented hall near home, Seth emotionally thanked his family and friends for their help throughout school.  Evidently God isn’t a friend or in the family.

At his 21st birthday party, like most young men, Seth had a few drinks.  But, unlike many, Seth wasn’t much of a drinker; a few beers every once in a while was about the extent of his partying. However, the three mixed drinks he had severely impaired his judgement, and when his friends weren’t noticing, Seth snuck out of the bar to drive home.  He wasn’t used to being out past midnight very often and senior midterms were fast approaching, so he wanted to get home. Dozing off, Seth struck a tree while driving 50 mph.  He didn’t die.  He did break both legs, several ribs and crushed his left ankle making a football career impossible, but a normal life very possible.  Seth was very lucky.

Mom and Dad didn’t think any luck was involved that night.  They cried and paced during their son’s surgery and hugged him as much as allowed when it was over.  They thanked the doctors, nurses, and first attenders for saving their son, as they should have.  But then, Mom and Dad cursed God for allowing such a tragedy to occur Seth, a good young man who had done everything right since birth.  How could God be so unjust and uncaring?

They didn’t know that when Seth was six, a child predator was stalking his school.  On the day predator planned to drive through Seth’s neighborhood, Seth stayed home with a sudden stomach ache.  The abduction did not take place that day, and soon afterwards the criminal was caught.  When Seth was 14 he was tempted to try Meth, and he almost did.  His perfect life wasn’t always perfect, and that day he was at the lowest point of his teens, but a little voice inside his temporarily confused brain convinced him to think about it longer.  The next morning, he didn’t know why but life seemed better. On his 21st birthday, Seth was driving 75 mile per hour on the two lane road near his home drifting in and out of sleep, but he suddenly woke and began braking, too late to miss a tree, but soon enough to stay alive.

God doesn’t want to be the God of auto accidents, illness, and wrong doing. He doesn’t just want to be the God of promotions, celebrations and national holidays.  God wants to be your God of every day.  God is with us when we brush our teeth, comb our hair, walk the dog and mow the lawn.  He holds us when our baby is born; a child is married, and when disappointment overwhelms our soul.  God cannot leave, avoid, or ignore that which he created. He can only love it.

Maybe we can’t be expected to thank God for the uncountable unseen miracles that He provides for us all of our lives.  We do not know the near misses that could have been direct hits.  We are unaware of the soothing words whispered to family and friends, exactly how and when they are the most needed. But, we should know that God is with us every day and night working to protect us from any harm brought by the evil that roams our world, and for that He deserves our love, respect, and thanks.

God has been with Seth and his parents every day of their lives, and will continue to be at their side forever. If no thanks are forthcoming, God’s role will never change; his job is to love and protect us no matter what we do, or don’t do.

4 thoughts on “Every Day”