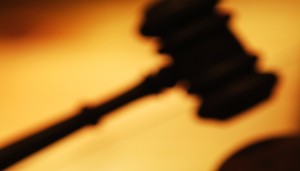 “Are you ready yet?”

“Yes, almost. It doesn’t start for an hour and it will only take ten minutes to get there.”

“I know that,” replied mom, not hiding her irritation with Katie, her daughter, for not taking today more seriously.  “We need to be a little early to court.  The last thing we need is for you to be late.”

“It’s just stupid, I didn’t do anything wrong,” shot back Katie, the 19 year old daughter of Carol Young.

“It may be stupid to you, but if it goes wrong today in court you will lose your license for a year.  So let’s go.” The tension in the Young’s living room was as thick as the fog in Fresno that morning.

The drive to the Superior Court was quiet.  Two nervous women were hoping, and praying, for a fair Judge and a compassionate District Attorney.  In their previous trips to court, the outcome may have been considered fair by some, but compassion was nowhere to be found.  They arrived with twenty minutes to spare, leaving more time to squirm, tap fingers and rehearse Katie’s plea.

The court clerk called out, “The state vs. Katie Young.  Is Ms. Young here?”

“Yes I am,” answered Katie as she walked to the railing.  The DA was on her left, a sleepy looking Sheriff on her right and the Judge directly ahead.

“Ms. Young you are charged with violation of CA code 25662 (a), a misdemeanor, minor in possession of alcohol.  How do you plead?”

“Can I explain what happened first?  I really didn’t do anything wrong, and I’m trying to go to college and work, and if I am found guilty I can’t do either.” The explanation that Katie had memorized was nothing like what she had just blurted out.

“Your Honor, Ms. Young has no previous convictions, but her DMV record has multiple speeding tickets, and a reckless driving.  I cannot envision leniency in this case,” was the ever-so-lacking in compassion response from the DA.  Carol stayed in the back row of the courtroom per the plan, but her shifting and wrenching of hands told everyone that she was Katie’s mom.  Tears began forming in her eyes.

“But I have a letter from my college counselor saying that I am a good student, and college is twelve miles away.  Besides, I wasn’t drinking and I only moved an unopened beer two feet so I could get my purse from underneath the chair.  How can holding a beer for two seconds be so wrong?” Katie did much better this time.

The Judge spoke, “I’ll lower the charge to an infraction, you pay a $200 fine, and lose your license for a year.  That OK with you Ms. DA?”

“Yes your Honor, the state agrees,” was the quick response from the young DA.

“How about you Ms. Young, do you agree?”

“No your Honor, I can’t agree.  If I lose my license, I’ll lose my job and school.  I can’t agree.  You haven’t even looked at the letter.”  The tears were real now and the panic was closing in.  Katie would potentially lose her job and be forced to drop out of college, just because she needed a purse and a police officer was watching while she moved someone else’s beer out of the way.  How could everything be so unfair? It seemed to Katie that nobody here cared anything about her future; they just wanted to finish her case and move on.

“OK then,” answered the Judge. “You will get a jury trial.  What does your schedule look like Ms. DA?”

The Judge and DA began discussing dates while tears began rolling down Katie’s face.  Carol couldn’t  sit in the back anymore and had moved to her daughter’s side, gently hugging her, telling her that it somehow would be OK.  For five long minutes the DA and Judge talked; first one date was good, and then no, the Judge had a problem.  The next date was good for the Judge but the DA had a conflict. Then the DA looked towards the defendant. Katie still held the counselor’s letter in her hand.

“Let me see that letter please,” asked the DA.  She read the letter, looked at Carol and Katie, and then at the Judge.  He was still talking to his clerk about a trial date.  Compassion, like shade on a hot day, settled in over the DA.

“Your honor, the state asks for a dismissal.”  Only the shuffling of the papers on the clerk’s desk could be heard that moment in the courtroom.  Not wanting to look a gift horse in the mouth, the Judge quickly agreed and dismissed Carol and Katie.  The DA shot them a quick smile as they left, knowing that justice had found its way into the courthouse that morning.

Sometimes we just need a break.  Something needs to go our way, not later, not next week, but right now.  You are late getting to the airport, but the plane was delayed 20 minutes, so you made the flight. The mechanic tells you the repair might cost $2,000, but instead it was only $400.

Every once in a great while, that break we need is a life changing event.  Katie and her mom needed a break today.  What Katie did may have been technically wrong, but punishing her would have been morally wrong.  The punishment did not fit the crime; the results could have forever negatively changed a girl on the brink of moving somewhere positive.

Katie got her break today because she and her family spend time every day talking and praying to God.  Sometimes they pray for a need, sometimes it’s to say thanks, and other times they just talk to the creator of the universe.  But they do it, often.  I know God hears and remembers every word that they speak to Him.

God listens to our prayers and knows our needs. Constant prayer with God keeps us in constant communication with Him.