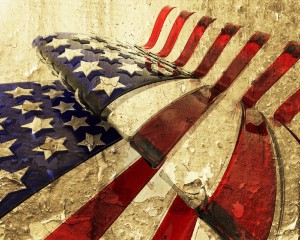 There was an episode of the original Star trek TV series where Captain Kirk and Spock were on a strange planet (this occurred every week), only this time they were in jail with a group of locals.  Kirk and Spock spoke of various issues while in jail, with no reaction from their cell mates, until Kirk said, “Freedom,” at which time everyone turned to look at the space explorers with keen interest.  “Freedom,” the local leader said, “Is a sacred word.”

He was right; freedom is a very sacred word, to we American’s who have it, and to the billions of people in the world who want it.  As a country, we declared our independence, our freedom from rule by England, yet in the Declaration of Independence, signed by those brave rebels in 1776, the word freedom was never used.   But the intent was clear because 25,000 American’s died in a war to defend our right to be free; to defend our right to make our own choices and set the course for our destiny, as a country and as individuals.  From the beginning of time, freedom has been a sacred word.

The book of Genesis describes how God created the universe, and earth’s original inhabitants, Adam and Eve.  God told the first couple that they were free to eat from any tree in the garden, except one.  Free to live a life of complete joy and happiness, if they could obey but one rule.  Alas, the temptation to break the only rule was too much and their freedom was revoked, exchanged with a long list of rules, regulations and failure.  They would need to fight a long and difficult battle to regain what was once a free gift.

In the beginning we chose freedom, but not freedom for everyone, because 235 years ago the definition of “we” did not include all people.  It took another nine wars over 90 years, and the loss almost 660,000 American lives (US Military History Institute) to revise the definition of ‘we’.  One could argue that not all wars were about freedom, but I disagree, because if we would have lost even a single war, the concept of freedom for America would have been fundamentally changed.   America’s engagement in military action over our history has been explained in many ways, but the protection of freedom has been at the core each time.

For the remaining 39 books of the Old Testament, freedom was elusive for God’s chosen people.  Thousands of years of wars, conquests, and invasions were briefly interrupted by seasons of peace.  Prophet after prophet warned Kings of the need to follow God’s law; some were given respect, but most were killed for their rebellious words.  The laws were too burdensome for weak willed men to follow, and the instant gratification offered by a fast talking snake from the depths of hell was easy to accept.  Rules were not working; a hero, a Savior was needed to win the day.  Little did they know, He was already on the way.

Severe tests of America’s will to defend freedom have come over the last 94 years, brought from countries ruled by evil whose intent was the inhalation of good; the destruction of freedom for all.  Again and again, our military rose to the task and met the challenge – at enormous cost.  During that period, over 633,000 more Americans lost their lives defending our right to be free.  Millions from across the globe did the same, and I do not wish to diminish their sacrifice; but July 4th is our day so my thoughts today are for American’s.  We have the right to disagree with the decision to go to war, but forget for a moment the politics of war and think of the people of war.  Our military men and women dedicate everything they have so we can be free, and they have earned our respect, gratitude and honor.

Then Jesus came on the scene and offered freedom, salvation, grace: peace.  He offered freedom to accept everyone, to love freely, to forgive as His Father forgives.  He said that we are free to place all of our burdens on His shoulders; we are free to love our friends and enemies.  We are free to relax because our future is secure.   He didn’t sell freedom; He gave it away.

Since our country’s beginning, millions of Americas have died to protect what we hold to be sacred.  They have fought to protect our body; Jesus fought for our soul.  There is an evil named Satan who opposes all freedom; all that is good; all that is from God.  Alone, and disguised as a man, Jesus fought the armies of evil not with guns, but with peace; not with airplanes, but with wisdom and knowledge; not with superior strategy, but with unyielding truth.  Jesus won the war against evil; though battles still linger Satan has been defeated.

Millions of Americans have died so that I can be free during my lifetime, and we will continue the battle against any evil who dares try to destroy what they have fought to sustain.

Jesus died alone on a cross, but didn’t stay dead, giving everyone for all of eternity, the right to choose freedom.