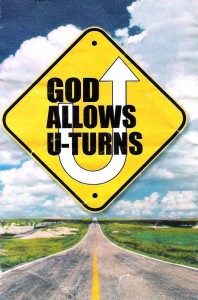 Most of us try to be first; first in that “over 40 year old 5K race,” first to get the promotion, first in line at the theater, first on line to buy concert tickets, first to get the view of the morning sunrise, first in your college graduating class, or first to get control of the TV remote.  Being first has been a preoccupation with humankind, from the beginning of the Olympic games where we proved who was best at some sport, to the first to file a patent so we can lay claim to ownership of a design or idea.  It is a natural human condition to want to be first, with a few notable exceptions: the first to die, the first to pay taxes, the first to sin.  The reasoning behind not wanting to die first is obvious, and no one enjoys paying taxes so why do it first?  To sin is to willingly separate from God, so why be first at something so bad?   The initial sin is almost expected, because we all fall short of perfection, but the second sin is by choice – after observing or doing it once, we with full knowledge do it again. So maybe, it is better to be the first sinner, rather than the second. Perhaps the first sin is not the worst, but it is the second sin that we all must avoid.

The Bible tells the story of Adam and Eve, who allowed sin to enter the world by the eating of an apple; by disobeying a direct order from God.  They knew that they had sinned, so Adam and Eve could have told God the truth, repented of their misguided action and asked for forgiveness.  But they didn’t, instead they hid and tried to deceive God; they initiated the first cover up in history.  Maybe they could have stopped the avalanche of sin entering the world after the first action, but they didn’t – they moved on to the second sin.

How many times have we witnessed a fight in a major league sport where the athlete who threw the second punch got into the most trouble?  How many times have we told our children that is wasn’t that they broke the vase playing with the ball in the house, our anger stems from them lying about what happened?  How many politicians have left office in disgrace for covering up a sin that may have been forgiven by the electorate?

It is not the first beer in a bar that gets you in trouble. Most of us can drink one drink and still drive legally.  No, it’s the difficulty in having just one drink that leads to the second, then third, then fifth drink that leads to a DUI.  If the first kiss to someone outside of the marriage leads to embarrassment, shame and humiliation, then many marriages would be saved.  But when the second kiss is chosen, leading to a third, then an affair; the end result is divorce and a broken family.  True, without the first beer or first kiss there would be no second, but one mistake may just endorse our fragile human spirit, whereas two or more of the same life changing mistakes endorses our willingness to turn from God towards Satan.

Sin is in our nature, it is going to happen to everyone.  But, if after the first step is taken down the dark path we can stop, think and pray.  If we can gather our senses just for a moment and consider the consequences of the next step, then maybe we can turn from our mistake and move back to where we should be, and avoid the second sin.

1 thought on “The Second Sin”