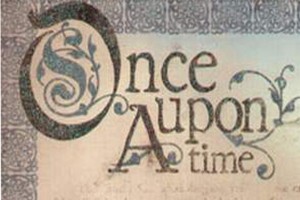 But when the leaders of the great kingdom went to the royal treasury they were shocked to find dozens and dozens of “IOU’s” and no money at all.  The leaders of the great kingdom had squandered all the people’s money on foolish programs and high living, and they did not know how to solve the problems of unemployment, sadness and loss of faith in government – yet they told the people that they had a plan.

Other people from across the land held up the ancient Book of Scripture and said, “Learn from the master of old, He can tell us through His book how to solve our problems.  He will tell us how to live in peace and happiness again.”  But the leaders of the kingdom, the great state and the city with rolling brown hills said, “No! We cannot use the ways in the Book of Scripture, for we might cause insult to a few, and they would not vote for us.  We can solve all our problems on our own. We have a plan.”

So the problems of the great kingdom, the great state and the city with brown rolling hills remain, even though many people urged their leaders to consult the Book of Scripture, the leaders’ believe that their ways are better than His ways. Or perhaps the leaders are too afraid of the few to embrace the One.

No matter how big or small the problem, absent faith and belief in God, the solution will always be less that it could be, and farther away than it should be.