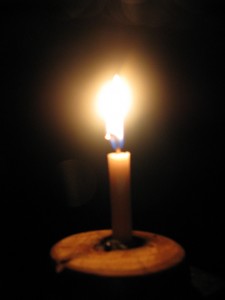 In old movies, there was often a part where a man was sitting on the sidewalk leaning against a worn building, wearing torn clothes that supported several days of dirt, would ask a passerby, “Hey buddy, can you spare a dime?”  After the horrifying news this week coming from London about the crime, violence, and complete disregard for human dignity, the starvation in Africa, and the emotional turmoil created by the inept political and financial management of our nation’s resources, today I think the same guy would ask, “Hey buddy, can you spare some good news?”  Even if the person walking past had some good news, he might have chosen to keep it for himself, knowing that more good news would be hard to find; as if sharing good news might dilute its affect.  Or maybe, the guy walking and sitting both needed to look deeper, inside them and outside, to find that elusive good news.

This was one of those weeks where powering on any devise that linked you to world events was a risk.  Seeing the truth of what we humans can do, or accept as justifiable, was difficult; unless one took a long moment to find some of the good that was deeply hidden in all of the bad.  That’s where we enter the conversation.  As Christians we are called to find the good of the moment, and if we are able – to be the good in the moment; it is up to us to paint the silver lining on the dark cloud.  I do not suggest that we bathe ourselves in naivety; turning away from reality so as to not see what is wrong.  No, instead we must tune our eyes and ears (and our hearts) to the frequency of what is good, compassionate, and human; we must find the people, who in the midst of darkness exhibit a flicker of light.

One of the stories from the London riots centered on a neighborhood the morning after a night of violence.  During the night several businesses were partially burned, almost every window on the street was broken, and cars had been lit on fire; in the morning the street looked like a war zone. Then the pictured showed one house door open, and an elderly couple came out carrying brooms and a dust pan.  They began sweeping the broken glass and rocks into piles.  Soon more people began the monumental task of cleaning the mess from the night’s rampage, until dozens of people, young and old were remaking their street.  The real beauty came next, because when their street was restored, they moved to the next street and began to help those people as well.  I was not overly moved to see them clean their own street; after all, it is where they live.  But their compassion extended beyond their normal reach, into places where they customarily may not go.  Those people were lights in a dark moment.   So when I am asked about the week of riots, I remember to speak of the good that I saw and not just the bad.  We must remember to share the good news.

One last comment on good news.  As Christians we can find the good in the outside world, because the flicker of light in us is God – the source of all that is good and right.  In God’s physics, good attracts good and repels what is evil, so seeking the silver lining in every dark cloud is fundamental to who we are.  Share the good news – the world needs it.