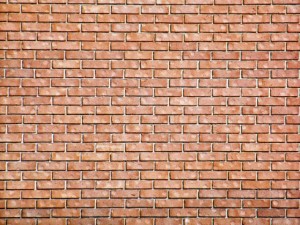 Joe met this morning just like every other one during the last three years; he had a job to do, no one else could do it, so he will embrace today with power, excitement and enthusiasm.  First though, Joe would have two cups of strong coffee – enthusiasm flowed much better with caffeine on board.  There was a slight breeze this morning, gently moving his brown hair that just touched the sculptured shoulders of the foremost brick layer of his time. Of any time.  He wore simple leather sandals, and a smock drawn tightly around his waist with a leather belt. Joe’s six foot two inch frame stood slowly; the coffee and dried meat nourishing the muscles for the day ahead, but the joints feeling the ache of a man much older than his thirty-three years.  It was time for work; there were bricks to be set and a building to complete.  Maybe today would be the end; he was never sure.

A ladder led from the base up to the second and then the third level. He had built the cornerstone foundations from the best granite slabs known; each weighing thousands of pounds and carved by his hand to perfecting standards.  Joe knew the structure would not stand the storms of the future without a base of uncompromising strength.  He began the ascent from the ground to the first landing.  Each brick he saw told a story of its placement.  Every brick held two more above and was supported by two others below, the ultimate example of support while supporting; of intertwined dependence.

He moved up the old ladder with ease and grace, sharpened from thousands of similar assaults. To his left, midway up the north facing wall, dried blood still lingered from his first fall during construction. He was tired that day, and while carrying a load of bricks up the ladder he had fallen, slamming into the freshly built wall, then falling to the cold ground while the bricks he carried pelted his body during and after the fall. He sat for a moment to gather his senses, then picked up the unbroken bricks, straightened the ladder and began the climb once more. That was two years ago, and Joe had fallen twice more since. Each more painful than the first, leaving scars and more blood stained bricks and mortar. Just as with the first, Joe had shaken off the pain and continued his assigned task, because this path had been chosen by his Father and he would sooner die than disappoint Dad.

Now Joe had made it to the roof, where he had invented and built an intricate array of bricks that sheltered and protected the main structure, but also was self-supporting in a way that used the weight of each brick to support another. The roof and building it supported would last the test of time.  As Joe knelt at the roof’s pinnacle, a brick in his left hand and mortar in his right, a sudden and powerful gust of wind struck him like a huge fist, sweeping him backwards down the slope of the brick roof. But Joe would have no part in falling today. His strength and the power of his will would overcome the wind; he grabbed outwards, slowing his slide to a stop by using his mighty hands as human brakes pads. He stood, and although his body wanted, needed Joe to crawl back to the top, his will made him walk. Joe would not bow to a foul wind, he would stand in its path to face it and eventually beat it on his terms. Now at the pinnacle again, with only three bricks left, Joe worked his artistry. Every brick was independent, special, and could only be placed in one orientation and at the proper moment in time. Today was the day for the last brick to be laid, and as Joe tapped it into place, a broad smile grew on his tan, satisfied face. He stood still smiling; reviewing his work from the highest point in the kingdom. Moments later on the ground, He smiled again while admiring the amazing structure standing before Him, knowing that He had finished building His Father’s church.

Everything that we do or become is a result of growing one step at a time. A marriage is built from choices made one day at a time, one love at a time, one forgiveness at a time. Each choice a block used in building a relationship that is designed to last forever.

Our career is a system of building blocks leading to where we are today, some choices were good, and some bricks must have been cracked. Our children are a result of the bricks that we have provided to them, and the bricks they have found on their own.  Still, even with our help they need to build their own structure.

Our relationship with God is a result of God handing us bricks so we can build His Kingdom. It is our choice to use the bricks in the manner that He chooses.  All of us will build our own church; it is our selection whether the resultant building is dedicated to God, or something completely different.

Be a smart mason; build a church that will survive any storm.