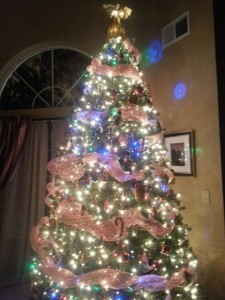 END_OF_DOCUMENT_TOKEN_TO_BE_REPLACED

We are over half way through the holiday season.  Thanksgiving and Christmas have passed; but football playoffs, the Superbowl, and New Year’s Eve and Day are waiting to pounce on us like Mardi Gras on an unsuspecting tourist.  The stress of having to watch all the bowl games, NFL playoffs, go to the many celebrations, and eat and drink beyond sanity is too much to bear for some.  Adding salt to a wound, many of our employers expect us to function at work as if nothing else was happening outside the grey walls of industrial servitude.  What are we to do?  Give up; stay inside and watch reruns? Buy a gross of antacids and hope for the best? No! Giving up is not in our DNA and hope is not a plan (unless you are in the Federal Government).  I have tested four strategies which will help you to survive the holiday season and escape to the doldrums of January physically unscathed and mentally neutral.

END_OF_DOCUMENT_TOKEN_TO_BE_REPLACED

God created the earth with the intension of living with us, of walking with us daily in His garden paradise. In the beginning, God only had one simple rule.

“In the beginning God created the heavens and the earth.”

“The Lord God took the man and put him in the Garden of Eden to work it and take care of it. And the Lord God commanded the man, “You are free to eat from any tree in the garden; but you must not eat from the tree of the knowledge of good and evil, for when you eat from it you will certainly die”

“Adam and his wife were both naked, and they felt no shame.”

But God gave us the gift of free will, so that our love and adoration to Him would be real, and honest.  Unfortunately, that left people to make their own choices, and their own mistakes.  That first mistake lead to the end of paradise.

“He answered, “I heard you in the garden, and I was afraid because I was naked; so I hid.”  The woman said, “The serpent deceived me, and I ate.”  So the Lord God banished him from the Garden of Eden to work the ground from which he had been taken.”

Mankind soon discovered that a life separate from God was no picnic, yet our suborn pride kept getting in the way of good choices. (Of God’s choices)

“So they put slave masters over them to oppress them with forced labor, and they built Pithom and Rameses as store cities for Pharaoh.  But the more they were oppressed, the more they multiplied and spread; so the Egyptians came to dread the Israelites and worked them ruthlessly.  They made their lives bitter with harsh labor in brick and mortar and with all kinds of work in the fields; in all their harsh labor the Egyptians worked them ruthlessly.”

The moment Adam and Eve left the garden God started planning our return to Him, our eternal righteousness.  He chose Moses, and unlikely hero to be a leader to His people.

“One day, after Moses had grown up, he went out to where his own people were and watched them at their hard labor. He saw an Egyptian beating a Hebrew, one of his own people. Looking this way and that and seeing no one, he killed the Egyptian and hid him in the sand.”

Pharaoh did not obey God’s demands easily, but eventually relented.

During the night Pharaoh summoned Moses and Aaron and said, “Up! Leave my people, you and the Israelites! Go, worship the Lord as you have requested. Take your flocks and herds, as you have said, and go. And also bless me.”

God’s people escaped Egypt, but their stubborn pride once again got in the way.  So, a journey that could have taken 11 days, took them 40 years to complete.  Only one person who fled from Egypt crossed the river Jordan.

“Go up to the land flowing with milk and honey. But I will not go with you, because you are a stiff-necked people and I might destroy you on the way.”

“Then the Lord said to him (Moses), “This is the land I promised on oath to Abraham, Isaac and Jacob when I said, ‘I will give it to your descendants.’ I have let you see it with your eyes, but you will not cross over into it.”

For thousands of years we struggled to follow in God’s way.  We fought Him, then obeyed Him, then fought Him once more.  He sent many prophets to remind us of our divine destiny, but we just would not listen.

“The Israelites did evil in the eyes of the Lord, and for seven years he gave them into the hands of the Midianites.”

“No sooner had Gideon died than the Israelites again prostituted themselves to the Baals. They set up Baal-Berith as their god and did not remember the Lord their God, who had rescued them from the hands of all their enemies on every side.”

However, God’s plan for us was in full swing.  He was sending forth great leaders and prophets to tell of a chosen one, a Savior for all time.  Salvation was on its way.

“The LORD swore an oath to David, a sure oath that he will not revoke: “One of your own descendants I will place on your throne.”

“For a child will be born to us, a son will be given to us; And the government will rest on His shoulders; And His name will be called Wonderful Counselor, Mighty God, Eternal Father, Prince of Peace.”

“The days are coming,” declares the LORD, “when I will raise up to David a righteous Branch, a King who will reign wisely and do what is just and right in the land. In his days Judah will be saved and Israel will live in safety. This is the name by which he will be called: The LORD Our Righteousness.”

Now was the time; God’s plan to right what was wronged in the garden was now in its final stretch.  As foretold by dozens of people, the Savior of mankind would be born in Bethlehem.  King of Kings; Lord of Lords.  The Messiah.

“In the sixth month, God sent the angel Gabriel to Nazareth, a town in Galilee, to a virgin pledged to be married to a man named Joseph, a descendant of David. The virgin’s name was Mary.  The angel went to her and said, “Greetings, you who are highly favored! The Lord is with you.”  Mary was greatly troubled at his words and wondered what kind of greeting this might be.  But the angel said to her, “Do not be afraid, Mary, you have found favor with God.  You will be with child and give birth to a son, and you are to give him the name Jesus.  He will be great and will be called the Son of the Most High. The Lord God will give him the throne of his father David, and he will reign over the house of Jacob forever; his kingdom will never end.”  “How will this be,” Mary asked the angel, “since I am a virgin?”  The angel answered, “The Holy Spirit will come upon you, and the power of the Most High will overshadow you. So the holy one to be born will be called the Son of God.”

“So Joseph also went up from the town of Nazareth in Galilee to Judea, to Bethlehem the town of David, because he belonged to the house and line of David.  He went there to register with Mary, who was pledged to be married to him and was expecting a child.  While they were there, the time came for the baby to be born, and she gave birth to her firstborn, a son. She wrapped him in cloths and placed him in a manger, because there was no room for them in the inn.”

For all of eternity God planned for Christmas day.  Everything that transpired in history, from the garden to Abraham, Moses, David, and Mary: God’s overarching plan was to rid the world of sin, and bring all of humanity back home.   To do all of that, He needed to enlist the help of His Son.

Why, after the many times people let Him down, why would God keep trying to bring us back to Him?

“For God so loved the world that he gave his one and only Son, that whoever believes in him shall not perish but have eternal life.”

Merry Christmas!  This is your day to celebrate. 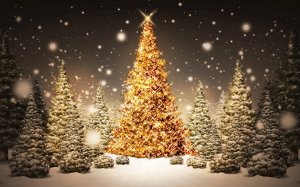 A favorite tradition during the Christmas season is the placement of lights on your yard and home. Christmas lights are like fireworks that don’t burn out and fall from the sky, but stay bright, as long and often as you wish. Glowing colored lights of all shapes and colors: red, yellow, green, and now even purple, in shapes of stars, balls, icicles, and angels. Trees and bushes are engulfed by multicolored webs, transforming dormant green and brown plants into glowing beacons of electric wizardry. Suddenly, a fog filled and chilly evening has become a scene of Muppets playing in the neighbor’s yard, Charlie Brown and his gang playing baseball on the roof, Santa and his gift filled sleigh rocket to a chimney from a nearby light pole. Scenes of white glowing deer amongst (You guessed it), white glowing circular trees surround the Magnolia Tree in the front yard, and air filled Polar Bears standing along an Igloo – magically rise for the evening show, only to deflate at midnight. Occasionally, a scene of wise men, a man and woman, and a baby find their way onto a yard to tell a different story of light.

Lighting our homes in celebration of Christmas is a beautiful tradition that I hope lives forever. Of course it should, since the tradition has already survived for over two thousand years. The first year there was only one light, but it was fantastically bright, and thought it could be seen by millions, was only noticed by three. It is a light that has never gone out since, and never will.

Have a very Bright and Merry Christmas.